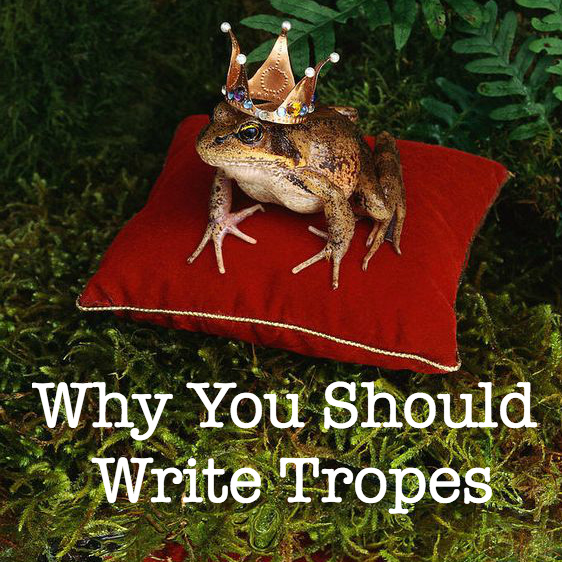 Tropes are cliches, common themes, or trends in books.

Take the murderous butler, for example. So many detective thrillers have used ‘the butler was the killer all along’ plot twist, it has become a comedic gag. There’s also the ‘she woke up and realized it was all a dream’ cliche. As far as I know, Alice in Wonderland was the first book to do this. In my opinion, this trope is lazy storytelling; the author couldn’t think of a good ending, so he says it was all a dream. Yet this trope caught on to other stories, unfortunately.

Many writers are advised against using tropes because they are overdone and predictable. And that is correct. Do not blame the butler or wake up the protagonist at the end of the book. The reader will be disappointed in you. And I will be in disappointed you. And you don’t want that.

Why are Tropes so Common?

First off, it’s nearly impossible to write a story with no element of cliche. Most popular books and film are inspired by each other. We see space travel, dragons, aliens, vampires, kings, and coming-of-age stories time after time, yet each (good) one is distinct.

It’s futile to find an entirely original story. Tropes can be part of the plot, like a hero’s journey, forbidden friendship, or a murder mystery; characters, like the damsel in distress, the unlikely hero, or the villain-turn-hero; or setting, like the Victorian era, outer space, or in a magical kingdom. All of these have been used before and are will be written again (except the damsel in distress; I hope no one uses that one).

Yet a book can contain a hero’s journey featuring an unlikely hero in a magical kingdom and still be original. Was that clear? Let me say it again: An original story can have tropes.

The reason tropes have such bad rap is because they are ‘overused’ and ‘predictable.’ We saw them before and they dull stories and characters. Yet consider this: Is that the trope’s fault or the writer’s?

Examine a Victorian murder mystery. We’ve seen this many times, and I for one, enjoy them. Yet if I read a book with this setting where the main character’s only motive is to do the right thing, his sidekicks are a damsel in distress and dog that can somehow understand English, and the murder is the butler, I will be very disappointed. There’s nothing new to this story, no rich characters, developed setting, or new ideas. It’s composed of so many cliches, there is no depth beyond that.

Readers of these books blame the awful tropes for creating such a bland story, but tropes don’t create stories. Writers do. If writers cannot compose realistic characters or plausible settings, tropes will take the place of creativity. The job of the writer is to create an original spin on whatever story being told.

Back to the Victorian murder mystery. Imagine if the main character wants to do the right thing, but has a distorted moral code. His companions are his sister whom he hasn’t spoken to for a decade and a dog he saved from starvation. The murderer was the butler from his childhood home who became a crime lord.

The tropes are still there, the Victorian murder, the detective with a dog, and murderous butler, but the story has become original. Now the readers can be intrigued by a fresh spin on a classic tale. Will the detective work out his confusing morals or will he become a villain? Will his sister forgive him for the misdeed ten years ago? Will the dog recuperate from its abuse? Why did the butler murder the detective’s parents? Why did he become a crime lord? Ladies and gentlemen, we now have an original story.

The Correct Way to Write Tropes

Coming up with a book idea isn’t as easy as skimming through a list of tropes and picking your favorites. Book ideas come from that strange place in your head that only works in the shower or that moment right before sleep. If you’re a creative writer, the ideas will come. If they sound cliche, either you copied someone else’s story (or you write fanfiction), or that means you didn’t develop your story enough.

When is my story developed enough?

These are some indications that you are ready to start writing. Because you can’t start writing your book until you have developed your story, alright? You’d be surprised how many writers do this. Unfortunately, the lack of planning shows with their work.

So don’t be afraid of tropes. Tropes are popular when they are done well. Just don’t end the book with “and she realized it was all a dream.”

Now get to writing!

2 Replies to “Why You Should Write Tropes”