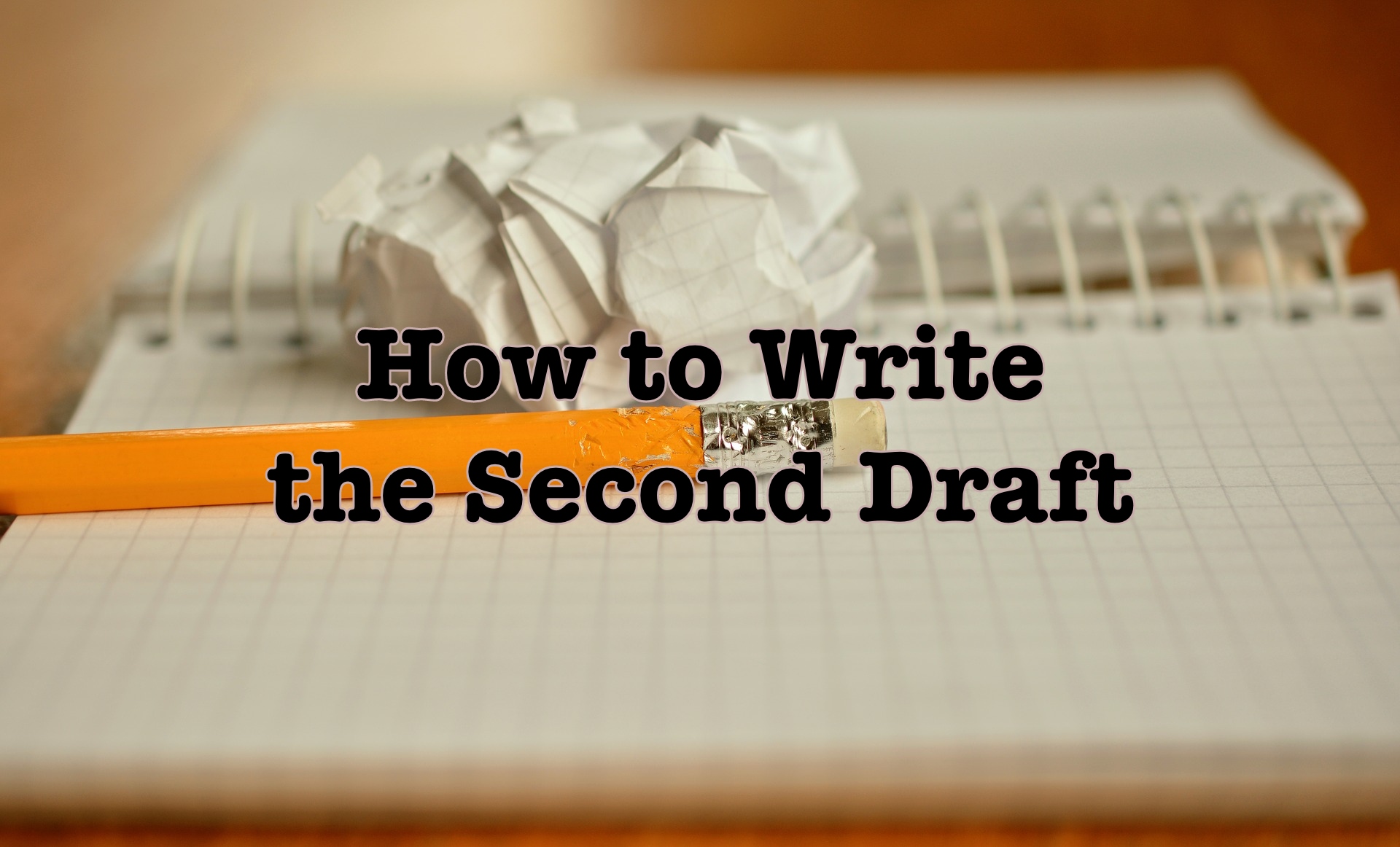 What happens after the first draft?

I didn’t know there was supposed to be a second draft when I began my first novel as a wee seventh-grader. I thought you write the story, tweak it for grammar, send it off to the publisher, and become a bestseller. Simple.

The first draft is just the beginning. The real writing comes with revisions. The problem is, how on earth do you do that?

The Second Draft is a Natural Process

I wrote a book in junior high —rather I co-wrote it with a friend. It was a fairytale-esque epic heavily inspired by the works of Gail Carson Levine, the author of Ella Enchanted.

It was bad, but I don’t think anyone is surprised by that. The characters were flat, the romance was dull, the villain wasn’t threatening, and the magic was badly explained. It was ridden with cliches: a rebellious princess falls in love with a prince in disguise and discovers she is the Chosen One prophesied to defeat an evil lord with the help of cute animal pals.

When my friend and I realized this story was terrible, we began to rewrite it with dramatic changes, for example, nixing the prince in disguise for a reluctant assassin.

We wrote about half of that draft until we realized the story was stalling with the princess having one near-death experience after the other. (Her secret powers made her invincible… don’t ask.)

We devised a third version. We were in high school by then and had matured our tastes. This story would be darker, with a well-explained magic system, and more realistic characters.

We wrote the prologue, the first chapter and a half before losing interest completely. That was the end of that story and our coauthorship. My friend went on to study psychology and I continued writing.

I didn’t realize it then, but I was writing second and third drafts. I wasn’t following a formula because I didn’t know any existed. I simply read the first draft and made changes to make it better. That’s all there is to it.

Stuck on Draft One

However, I forgot that experience years later when I began a new story I was determined to publish When that draft was completed I realized it needed revision, but I had no idea how to do that. There were so many flaws I didn’t know how to fix.

There are so many resources for first drafts. I took to author channels on YouTube, blog posts, books on writing, lectures by authors, and they all seemed to talk about the first draft.

“You can’t edit a blank page,” is a phrase I heard often, which lead me shaking my computer, begging, “So how do you edit a full one?”

I found a few blog posts that explained I should read the manuscript, make notes of the things I want to change, then go through the story and change them.

Well, I thought. That sounds too simple.

I did it anyway. And it was simple, but not at all easy.

Case Study: How I Wrote the Second Draft

Last summer I outlined and wrote the first draft of Steampunk Story (working title, of course). I then put it to rest for a few months. It’s recommended to let the story simmer for a while so you can return to it with a fresh mind.

When the time came, I opened up the Word doc armed with a notebook and pen. I read the book like a reader as if I had picked it up at the library and I was deciding objectively what I liked and disliked about it.

It was fun, except for when it was frustrating. There were some scenes I loved, and some I was very grateful they will never see the light of day.

Once I was finished reading, I looked over the handwritten pages of critiques and began to categorize them. There were multiple times I complained about the lack of motivation for one character, so I made a note to develop his arc. I complained about the cringe-worthy dynamic between two characters, so I made a note of that as well. There seemed to be a chunk of world history missing, another note. And so on.

It was time to brainstorm. Some solutions came from logic. Some ideas lead to a few more ideas and I got to choose the final verdict.

I fell down a few plot holes until I thought my way out. I wrote down plot beats as if looking at the puzzle pieces would make them come together on their own. I talked about it at friends—not ‘with friends.’ Talking is what gives the solution, the input is often unnecessary.

This took a lot longer than I expected. I revised my outline so I’d know where the new event or detail went and was finally ready to write.

I got married instead.

I signed up for Camp Nanowrimo in April despite the wedding date on May 1st. I didn’t get much work done on my novel, beyond the first chapter and a half.

Once life settled a bit, I dove back into draft two, except I had begun deviating from my outline, coming up with better ideas than my original brainstorm.

I came up with a new strategy: a bullet list of things I must change and keep consistent in this draft. I reviewed the list often to ensure I was on track. Multiple times I had to backtrack because I forgot to keep a certain detail consistent.

With my head back in the story, more ideas began to come when I wasn’t expecting them. I’d go back to the beginning and rework the details to incorporate these new ideas.

I’m about halfway through now.

Then it hit me. I’m doing it. I’m actually writing the second draft.

How to Write the Second Draft: Step by Step

I’m no expert, just a writer figuring this out. But here’s a summary of the method I used for other writers who are interested.

If you skip any of these steps, do not skip the cheat sheet. A novel takes at least a few months to revise and a cheat sheet will stop you from forgetting important details.

As for me, it’s back to the Steampunk Story,

As for you, keep writing!